adibus solutions are hosted centrally and there is no need for locally IT hosting and operations.

The distribution and communication with the buses and trains uses the mobile network, securing that the solution is online.

Route selection is done in the buses by the driver. Form there on the content on screens and realtime forecasts will run automatically

Automatic information about the approaching next stop

With adibus NextStopAnnouncement passengers are automatically informed of the approaching next stop, final destination, route etc.

As soon as the driver has chosen a particular route the system functions automatically without any further need of interaction from the driver.

The exact position of the bus is calculated by GPS and the next stop is announced on-screen and optionally also via the sound system on the bus or train.

The system is specially designed to facilitate senior citizens and people with sight impairments.

Voice announcement is available through prerecorded voice or through speech synthesis generated by adibusLive.

All stop-sites are encoded with their precise GPS position in the system, and the bus or train will automatically register when it leaves a stop and start triggering information for the next stop.

Transit options can added to the solution, showing possible transits to other buses and trains.

Next stop announcement is often integrated with our RealTime solution whereby all the next stop information is controlled from the timetable. 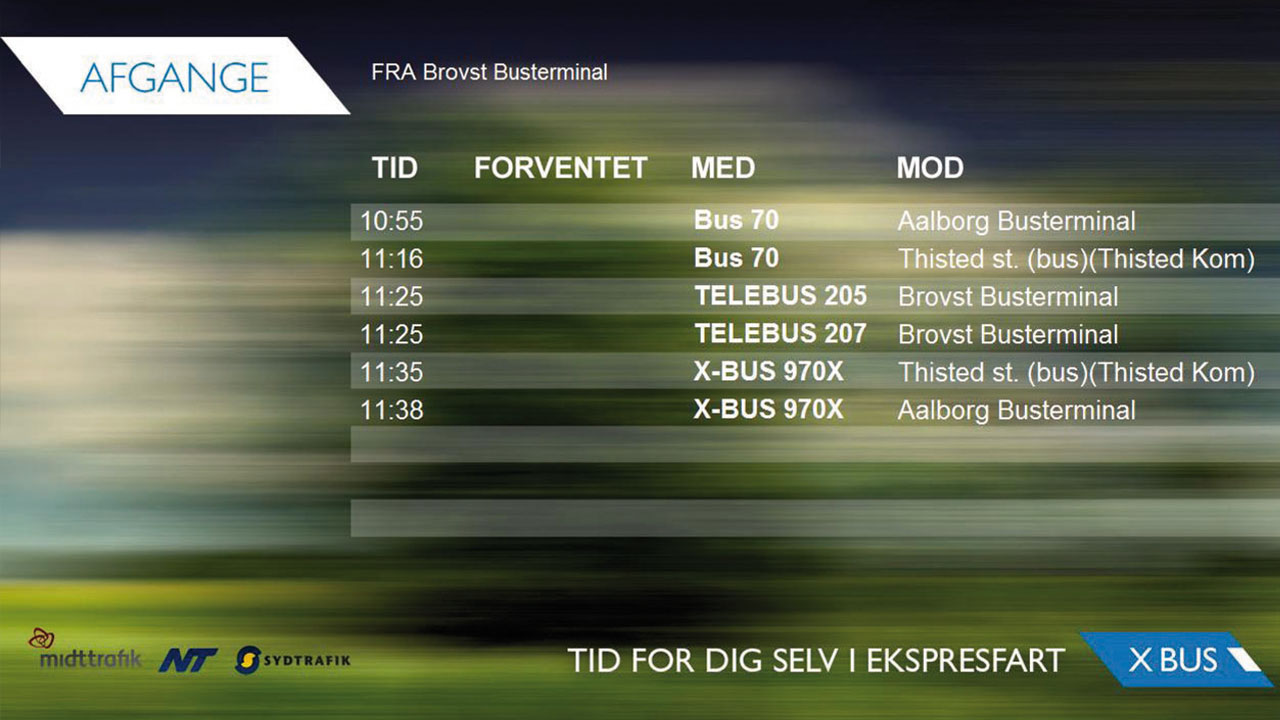